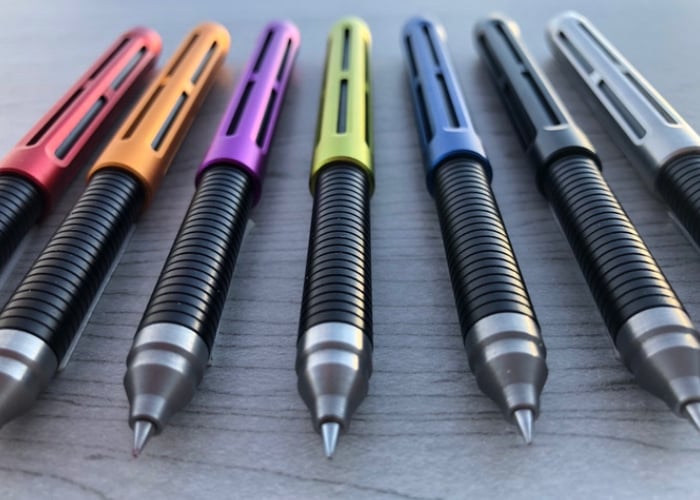 A new designer pen has been created thanks to a collaboration between Brian Conti of Spoke Design, and Brad Dowdy of The Pen Addict. The Spoke Pen has been built around the “best gel ink refill in the world”. The Uni-ball Signo UM-151, also known as the Uni-ball Signo DX. Watch the video below to learn more about the leak pen barrel which has been launched via Kickstarter this week and is now available with either an aluminium or titanium grip priced from $55.

If all goes well worldwide shipping is expected to take place during June 2019. If you are not familiar with the gel pen refill Kickstarter campaign creator Brian Conti explains a little more about what you can expect from the refill. “The Signo DX is a smooth-flowing, clean-writing, rich-color gel ink pen. Its quality among its competition in unsurpassed, yet on Kickstarter, the Signo DX has been mostly overlooked.”