The Fragfx Shark controller and mouse has been available for some time on the PS3, PC and Mac. But today a new version has now been released for Xbox 360 gamers who might prefer to us a mouse in one hand and controller in the other. rather than the standard Xbox 360 gaming controller.

The Fragfx Shark 360 wirelessly connects to your Xbox 360 via a 2.4Ghz frevo-wireless system and a USB dongle and includes mappable function buttons on the side of the mouse which can be adjusted whilst playing is required on the fly. 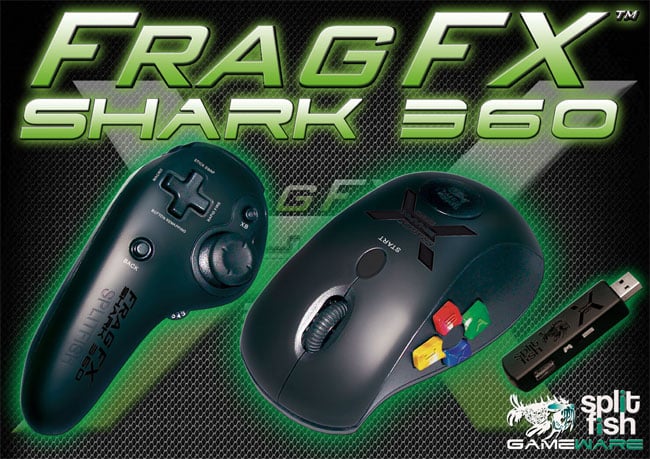 The Xbox 360 Fragfx Shark 360 is capable of providing up to 50 hours of play from a new pair of AA batteries and is compatible with headphones and in-game chat.  Fragfx Shark 360 will be arriving in stores on October 10th but pricing has still yet to be announced.