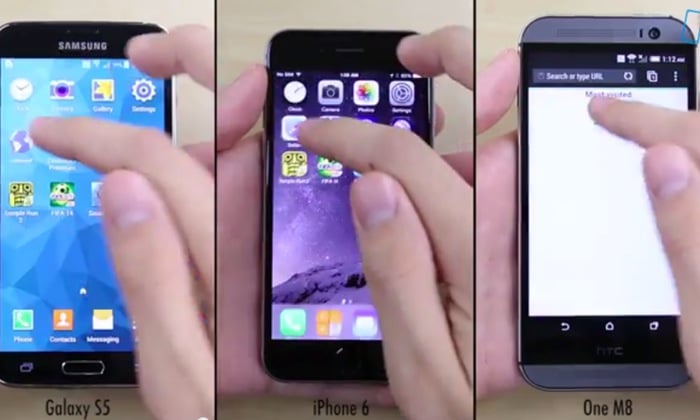 An interesting video has been created providing a speed test iPhone 6 vs Galaxy S5 vs HTC One (M8) with some interesting results. As the tester quickly moves through a variety of different applications on all the smartphones to see which is the fastest at loading them up.

As you can see from the video the Sense UI on the HTC One (M8) offer increased speed over Samsung’s TouchWiz Android overlay with ease. What are your thoughts on the tests, do they provide a good comparison?

Recently there has been a big investigation carried out by plenty of sources worldwide as to the strength of smartphone devices when bent. Today Samsung has released their own version of bending testing using a new style of bending machine in the shape of a bottom to test their new Galaxy Note 4 smartphone/tablet, check out the video here.