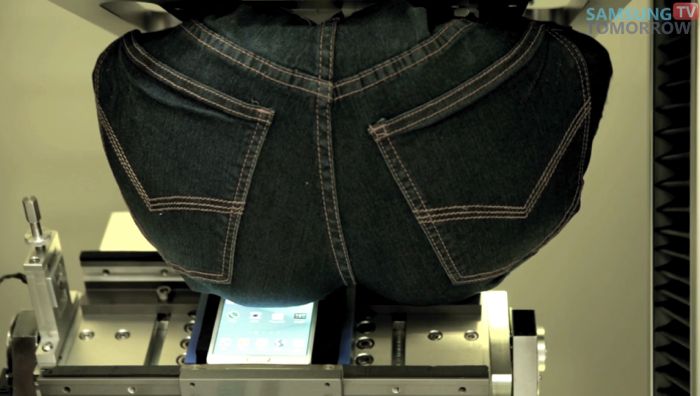 Since the iPhone 6 Plus launched, we have heard about how the device can bend under pressure, first there was a video showing the handset being bent, the Consumer Reports tested the device, pus some others, including some Samsung devices, and now Samsung has decided to put the new Galaxy Note 4 through some bend tests.

When the issue of the iPhone 6 Plus bending first appeared, Samsung was quick to jump on the bandwagon and take a few pot shots at Apple and their new handset.

Now the company obviously wants to show everyone that the new Galaxy Note 4 is much less likely to bend than other devices, and they have put together a video which you can see below.

According to Samsung, the Galaxy Note 4 is designed to be strong, and the company has apparently run various tests on the device to make sure it is durable before and after the device was released.

You can find out more details about the Samsung Galaxy Note 4 being tested over at Samsung at the link below. We wonder if this will help Samsung sell more Galaxy Note 4 handsets, what do you guys think, leave a comment below and let us know.