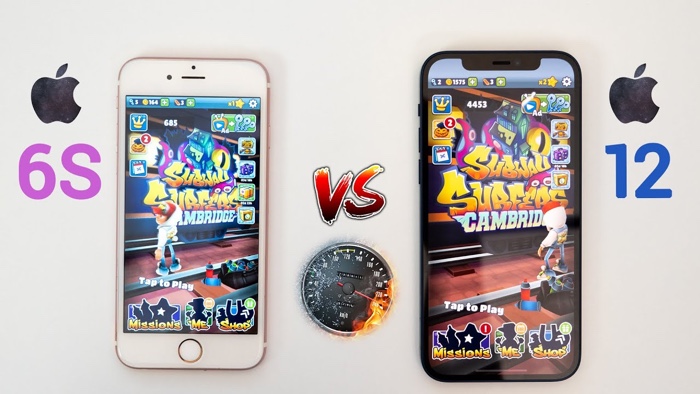 The iPhone 6S is the oldest iPhone that can run the current iOS 14, so both handsets are running the same software. The iPhone 6S was released five years ago in 2015, lets find out how the two handsets compare.

As expected the iPhone 12 was the first of the two handsets to boot up to not by a massive amount, it is obviously faster in all of the tests than the older iPhone 6S.