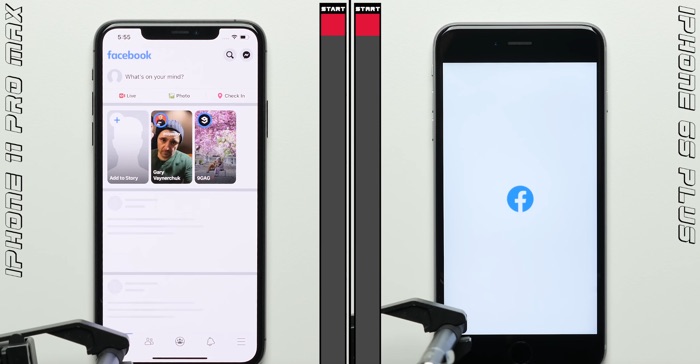 The iPhone 6S is the oldest iPhone that Apple currently supports with its latest software, the device can run the latest iOS 13.3.1 and now we have a speed test video of iPhone 11 Pro Max vs iPhone 6S Plus.

Many people are still using the iPhone 6S, the handset was released five years ago so it will be interesting to see how it compares to Apple’s latest iPhone in terms of speed.

As we can see from the speed test video of the iPhone 11 Pro Max vs iPhone 6S Plus there is a considerable difference in speed between the new iPhone compared to the older device.

Whilst the iPhones may not appear to change that much from year to year, when a new device is compared with one from five years you can clearly see that there have been some major changes in speed and processing power.