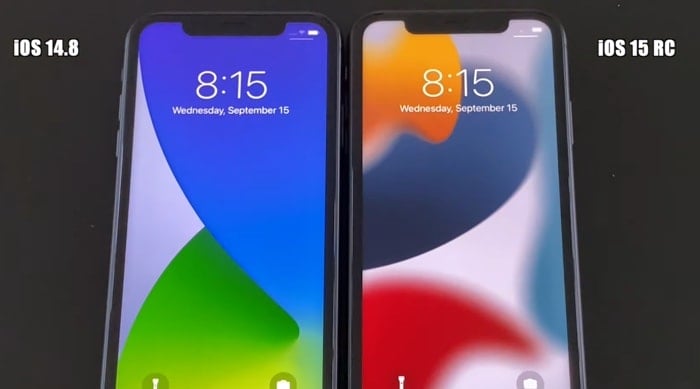 Apple recently released iOS 15 Release Candidate, this is basically the final beta version of iOS 15. This should be the exact same version of the software that Apple will release to everyone next week.

Now we get to find out if there are any speed improvements in the iOS 15 Release Candidate over the current version of iOS.

As we can see from the video there do not appear to be any major speed improvements in the new iOS 15 RC over the iOS 14.8 software in terms of the boot up times or in the apps. This is not expected to change with the final version of iOS 15.

Apple has confirmed the release date of iOS 15, the software will be released next Monday the 20th of September, we will have more details about the software then. We are looking forward to this update as it will bring a wide range of new features to the iPhone.