Fans of the MMO video game Star Wars: The Old Republic will soon be getting a new expansion pack bringing new player versus player battles to the mix. These PVP battles are very different from the game play available in the game currently because they take place in space. The expansion pack is called Galactic Starfighter. 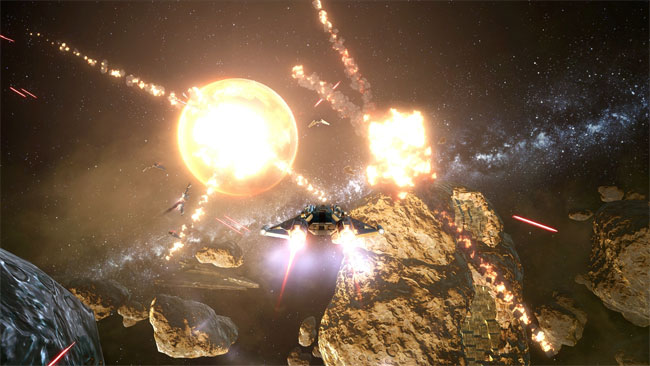 The expansion will allow 12v12 Space Battles to take place for paying subscribers and free to play players of the game. The rollout will be staggered depending on the type of account the user holds. Subscribers will get early access on December 3. Preferred Status Players will get access on January 14. On February 4, Galactic Starfighter will be offered as a free to play digital expansion.

Gamers who subscribe to the game before November 1 will also get an exclusive Galactic Starfighter early gunship unlock and a custom gunship paint job. Early access rewards for subscribers include two different pilot suits and two special titles including Test Pilot and First Galactic Starfighter. Preferred status players will get two pilot suits and the Test Pilot title. Players will need to be a subscriber to get the full leveling benefit from the expansion pack.