Developers and hobbyists that enjoy creating projects using the BeagleBone and BB Black might like this new audio add-on board called the SoundsCape, that is currently over on the Kickstarter crowd funding website.

The SoundsCape has been created by Simple Media Networks the networking technology provider and is a BeagleBone Cape that adds analog audio I/O and bluetooth I/O for limitless audio possibilities. 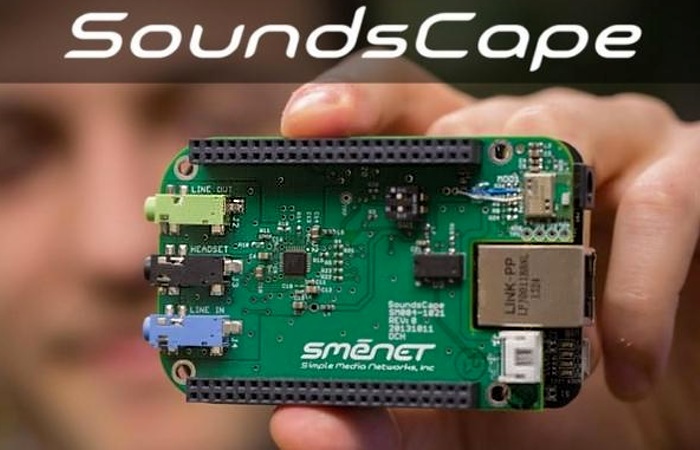 This Codec provides >98db SNR on both input and output. The codec includes a comprehensive mixer with analog volume controls. As an added feature, the codec on the SoundsCape is compatible with Beaglebone systems using the LCD display interface (e.g. official BeagleBone LCD capes).

BlueTooth – In addition the cape includes a Bluetooth 4.0 Interface featuring the PAN1323 module from Panasonic (based on the TI CC2567). This hardware enables development of Bluetooth Streaming via A2DP, Headset via HFP, and controls via BLE. Firmware available on our website will demonstrate A2DP streaming.”

The SoundsCape project is currently over on the Kickstarter crowd funding website looking to raise enough pledges to make the jump from concept to production. So if you think SoundsCape is something you could benefit from, visit the Kickstarter website now to make a pledge and help SoundsCape become a reality.