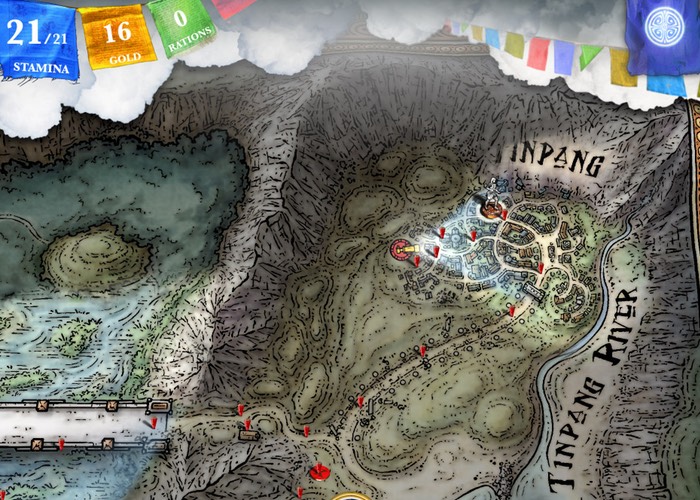 Developer inkle has this week announced the release of the new Sorcery! 3 game that will be available to play on both iOS and Android devices later this month from April 23rd 2015 onwards.

Steve Jackson’s Sorcery! is a four-part fantasy adventure offering players tens of thousands of choices, the story rewrites itself around your actions. The original Sorcery! app was a Game of the Year finalist for TouchArcade, Mashable and Gamezebo.

Both the first and second books ion the game are already available to play on iOS, Kindle and Android devices. Features include the ability to :

• Plot your own journey across a hand-drawn 3D world map
• Fully interactive story, with 1000s of choices
• The story is rewritten on the fly based on how you play
• Play as a male or female adventurer
• Unique touch-based sword-duelling, with procedurally-generated descriptions of the action
• Outwit monsters by learning their weaknesses and tells
• 48 magic spells to master, with weird and wonderful effects that change the story
• In Part 2: outwit the citizens of Kharé at Swindlestones, a game of lies and deceit

For more information on the new Sorcery! 3 game jump over to the inkle website for details.