Sony will be showing off a new 360 degree display prototype at this years Tokyo’s Digital Content EXP0 2009 this Thursday.

The new 360 degree display prototype will let you view any picture or object in 3D, and you will be able to see it in 360 degrees. 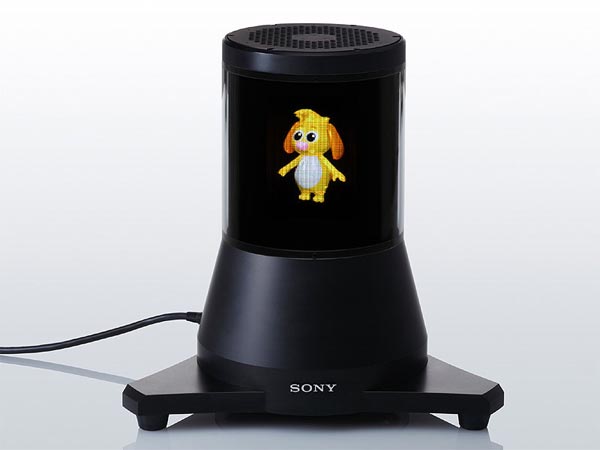 The 360 degree display prototype features a 24 bit color image which measures 96 x 128 pixels, and it will be able to be viewed in 360 degrees without the need for 3D glasses.