Back in October, Sony officially unveiled the mini version of Xperia Z1 dubbed as Xperia Z1f in Japan. The handset was expected to arrive on Japan’s NTT Docomo, but there was no official date announced until today.

An update to Sony Xperia Z1f product page on NTT Docomo reveals that the handset will hit the shelves on December 19th, and will be available in white, black, pink and lime color. 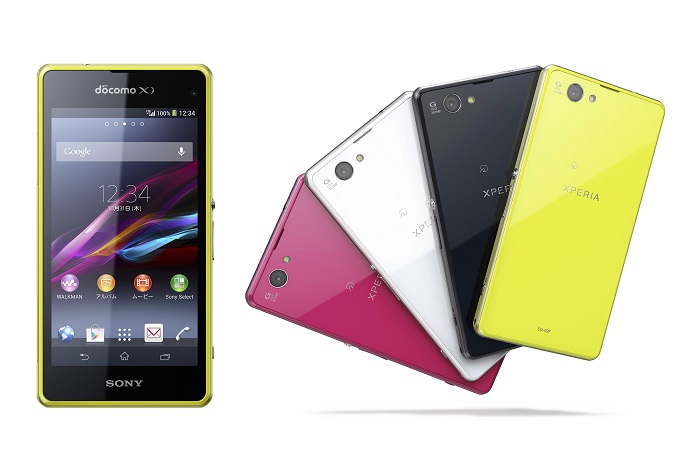 Sony Xperia Z1f packs a similar set of specifications as Sony Xperia Z1, which was released at IFA 2013 in September. It packs a 4.3-inch display boasting a resolution of 1280 x 720 pixels, a 2.2GHz quad-core Snapdragon 800 processor with Adreno 330 GPU and 2GB RAM. It also comes with 16GB storage on board with expandable storage through a microSD card. 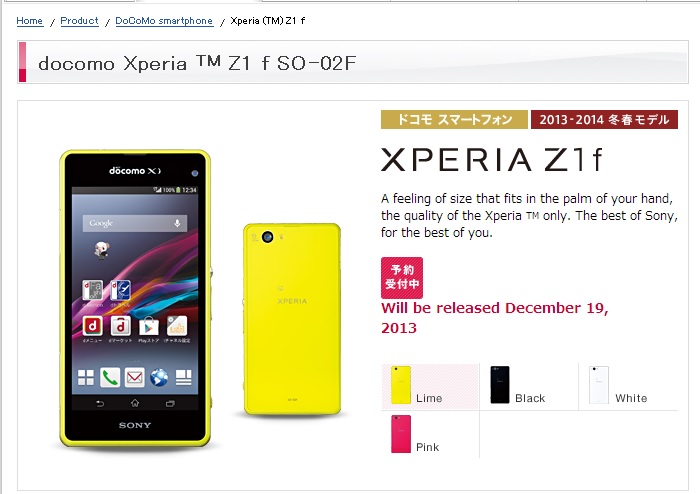 Other features include a 20.7MP rear camera with G Lens and a 2.2 MP front-facing camera, 2,300 mAh battery, IP55 and IP58 certified dust and water-resistant and runs Android 4.2.2 Jelly Bean pre-installed out of the box.