Earlier today we saw a teaser photo from Sony on their new Sony Xperia Z Ultra phablet, and now it looks like we have an actual photo of this new Android smartphone that will feature a 6.44 inch display.

The photo below of the Sony Xperia Z ultra was published on French technology site Nowhereelese, the handset is expected to come with Android 4.2.2 Jelly Bean and will be powered by a quad core 2.2GHz Qualcomm Snapdragon 800 processor. 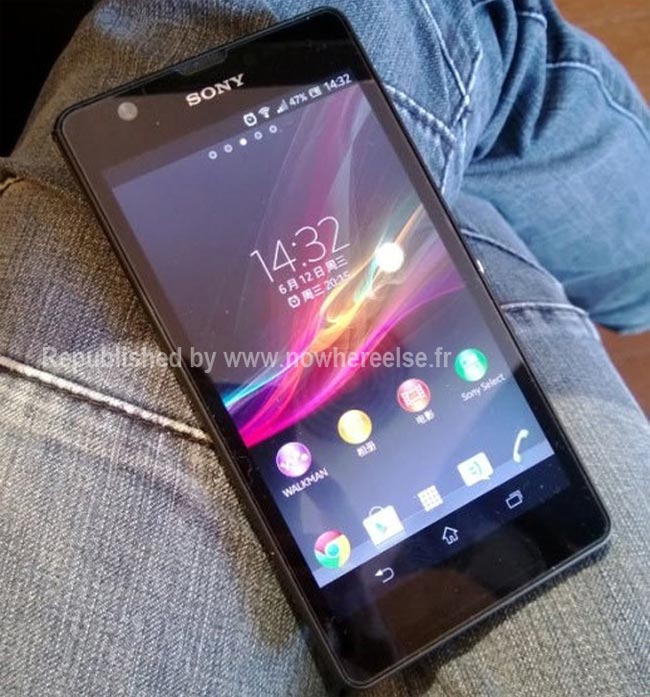 Other specifications on the Sony Xperia Z Ultra will include 2GB of RAM and 16GB of built in storage plus a microSD card slot that can take up to 32GB cards, the 6.44 inch display will come with a resolution of 1920 x 1080 pixels and will be a new Triluminous display.

We are expecting Sony to announce the Sony Xperia Z Ultra at a press event in July, as soon as we get some more details and also some more photos of the device we will let you guys know.