Sony is rumored to be working on a new phablet device, the handset will apparently be called the Sony Xperia Z Ultra, and now Sony has decided to tease the handset in a recent press invite which you can see below.

The Sony Xperia Z Ultra is rumored to feature a 6.44 inch full HD Triluminos display with a resolution of 1920 x 1080 pixels, the device is also rumored to feature the new quad core Qualcomm Snapdragon 800 processor with a clock speed of 2.2GHz. 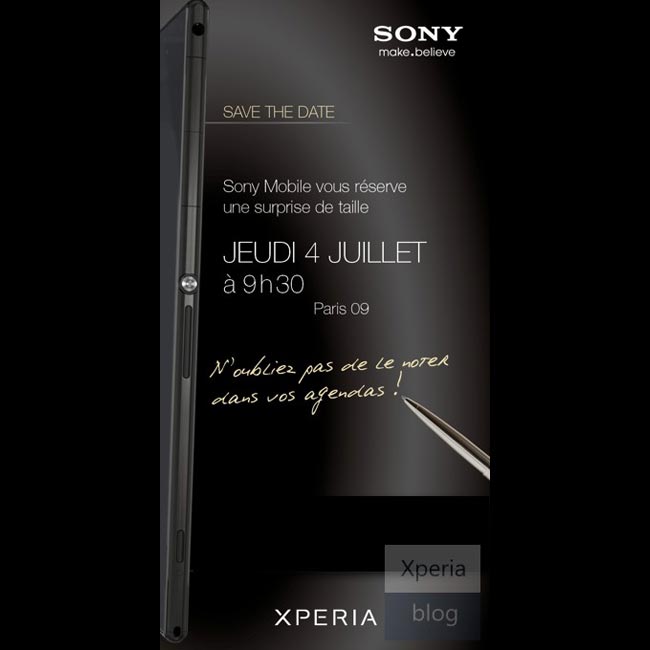 Other rumored specifications on the handset include 2GB of RAM and 16GB of built in storage, plus a microSD card slot with support for 64GB cards, the device is also expected to feature front and rear facing cameras.

We should have more details on the new Sony Xperia Z Ultra when the device is officially announced at Sony’s press event next month, as soon as we get some more details and an actual picture of the handset we will let you guys know.