The press photos appeared on Sony’s own website, and both devices are expected to be announced later this month, both handsets will come with similar specifications although the ZL will feature a slightly slimmer design. 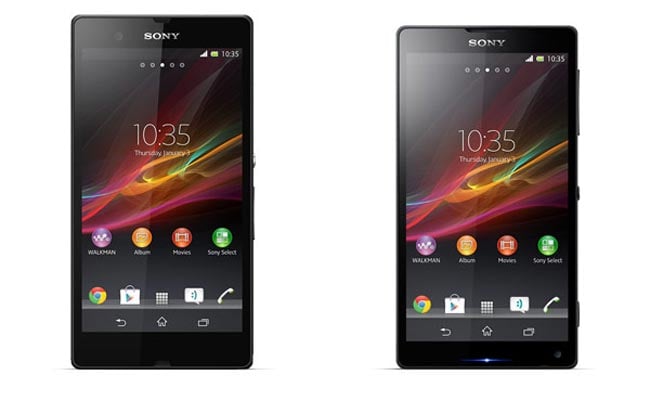 The Sony Xperia Z and ZL are expected to feature a 5 inch full HD display with a resolution of 1920 x 1080 pixels, plus a quad core Qualcomm Snapdragon S4 Pro processor and 2GB of RAM.

Other specifications on the Z and ZL include Adreno 320 graphics, plus dual cameras, with a 13 megapixel camera on the back for photos and video and a front facing camera for video chat.

Sony are expected to show off the new Xperia Z and Xperia ZL at CES later this month, we should have full specifications on both of these new Android devices later this month.