The Sony Xperia U features  3.5 inch Reality Display with a resolution of 480 x 854 pixels, the devices is powered by dual core 1GHz processor and Sony have said that the handset will be upgraded to Android 4.0 Ice Cream Sandwich in the second quarter of 2012. 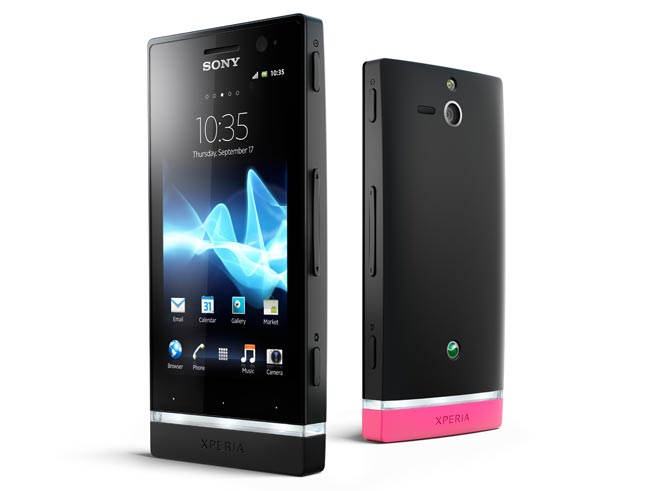 Other specifications on the Sony Xperia U include a 5 megapixel camera which is capable of recording HD video in 720p, it can also capture 2D and 3D panoramic photos, there is also a 0.3 megapixel front facing camera for video chat.

The Sony Xperia U comes with 512MB of RAM and 8GB of built in storage, once again there is no microSD card slot for expansion, we dont as yet have any information on pricing, but the device will be available in quarter two of 2012.