We have been hearing quite a bit about the Sony Xperia LT30 over the last few weeks, the device originally appeared with the ‘Mint’ codename and then we found out earlier this week it would launch as the Sony Xperia T.

Now some actual photos of the device have appeared online at NixanBal (Bulgarian), and we finally get to have a good look at this new Android smartphone from Sony. 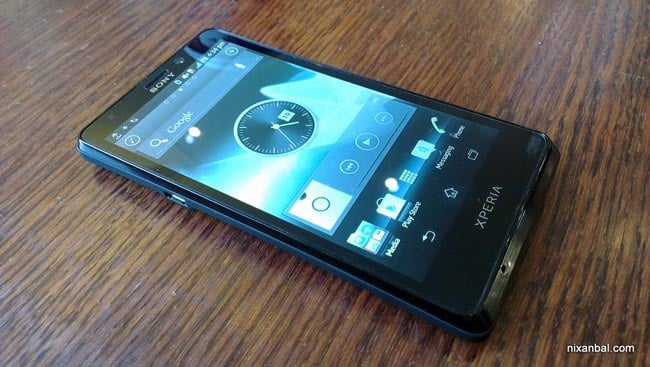 It looks like the specifications are the same as we heard previously which include a 4.6 inch HD display with a resolution of 1280 x 7230 pixels and will apparently feature Android 4.0 and a 13 megapixel camera, plus a Dual core Snapdragon S4 processor.

We should have some more details on the device later this month as we are expecting Sony to officially announce the new Xperia XT at their IFA event at the end of August.