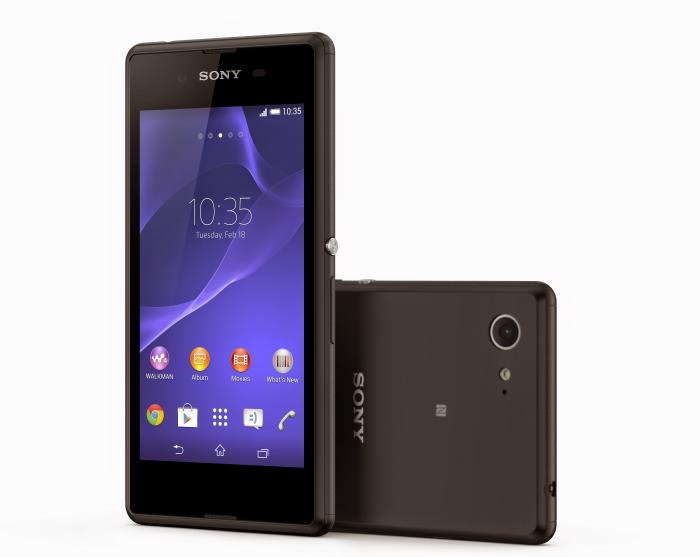 The Sony Xperia E3 comes with a 4.5 inch display that has a resolution of 854 x 480 pixels, the handset is designed to be a budget Android device.

Under the hood of the Sony Xperia E4 is q quad core 1.2GHz Qualcomm Snapdragon 400 processor, the device also comes with 1GB of RAM and an Adreno 305 GPU.

For storage, the Sony Xperia E3 comes with 4GB of built in storage, if you need additional storage, then the handset is equipped with a microSD card slot for expansion, this will take up to a 32GB microSD card.

Other specifications on the device include a 5 megapixel rear camera with HDR, there is also a front facing VGA camera for video calls. The Xperia E3 comes with Android 4.4 KitKat and it features a 2330 mAh battery, plus WiFi 802.11 b/g/n and Bluetooth 4.0.