Sony’s new Tablet S with its very unique wedge shaped design has been dismantled by the team over at the Tech Republic and revealed some interesting hardware in the process.

The Sony S Tablet is powered by a Nvidia Tegra 2 dual-core processor supported by 1GB of Elipda DRAM, its equipped with two cameras, Wi-Fi connectivity, and is available in either a 16GB $499 or 32GB $599 version. 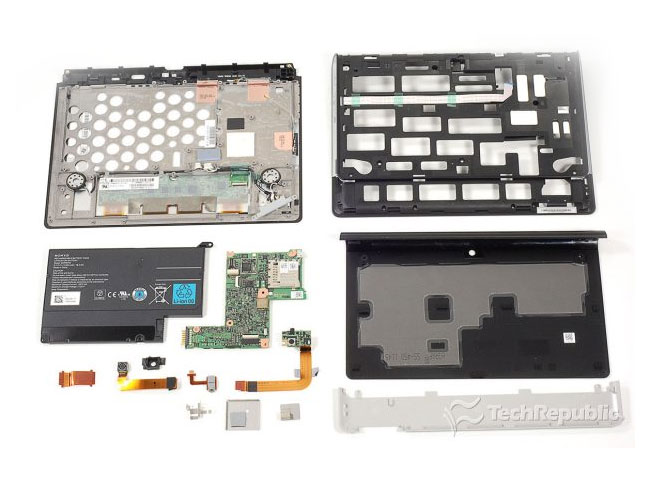 “After cracking open numerous tablets and smartphones, I’ve grown accustomed to seeing the same chips pop up over and over again. The Wolfson WM8903 Audio CODEC and Cypress Semiconductor CY8CTMA395 touchscreen controller are definitely among the usual suspects. And while the Tablet S does contain a few of these chips, this tablet has several ICs that I’ve never encountered.

For example, the UEI U122 remote control chip allows the Tablet S to function as a regular IR remote. The Audience earSmart A1026 Voice Processor is also something I haven’t seen on another tablet.”

For a full gallery and more details of all the Sony Tablet S components jump over ot the Tech Republic website.