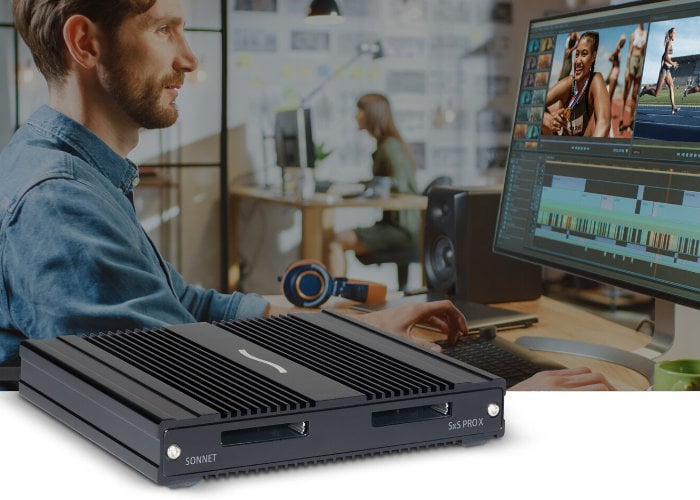 Sonnet has launched a new Thunderbolt card reader this month in the form of the SF3 Series SxS PRO X Card Reader, product reference number SF3-2SXSPX. The new Thunderbolt card reader will be launching sometime around late April 2021 and will be priced at $300. The card reader has been specifically designed to support thre latest SxS PRO X memory cards created by Sony capturing the requirements for capturing stable 4K video at high bit rates. Compatible with Mac and Windows computers, the SF3 Series – SxS PRO X Card Reader ingests footage from all SxS media at up to their maximum supported speeds.

“Designed for demanding workflows, SF3 Series card readers are built with rugged aluminium enclosures and dual 40 Gbps Thunderbolt ports, enabling users to stack and connect up to six readers in a daisy chain to their computers through a single cable and ingest footage from four, six, or more cards simultaneously.”

“Featuring an upgraded interface (PCIe 3.0 x2), SxS PRO X cards can support nearly 3x-faster read speeds (up to 1,250 MB/s) compared to last-generation (SxS Pro+) cards, but only when used with a card reader with the new interface like the SF3 Series – SxS PRO X Card Reader. Not only can the Sonnet reader support up to the maximum SxS PRO X card read speeds, but for even greater efficiency it can read two cards simultaneously at up to 2,500 MB/s and cut ingest times by more than half compared to other readers.” 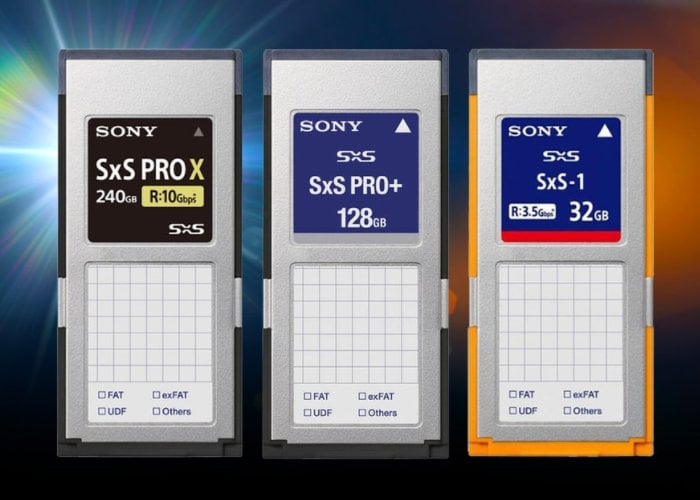 “Sonnet’s SF3 Series – SxS PRO X Card Reader is the only dual-slot SxS PRO X card reader available. The capability to stack multiple SF3 Series – SxS PRO X, CFexpress / XQD, RED MINI-MAG, and CFast 2.0 readers in the same footprint is convenient for DITs working multicamera shoots or in a small workspace, while the ability to connect them all to a computer through a single Thunderbolt cable is game-changing. Support for ingesting multiple cards simultaneously means that users can complete the process—without swapping cards—in as little as one-sixth of the time required using single-slot readers. For users who need to mount their gear in equipment racks, Sonnet SF3 Series readers include threaded mounting holes to support installation in a standard rack shelf, enabling side-by-side mounting of two readers in 1U of rack space.”