Sony has shown off a new 3D vaio notebook at the IFA in Berlin, the notebook is currently a prototype, but Sony plans to start selling 3D Vaio notebooks from 2011.

The Sony 3D Vaio notebooks is capable of displaying full HD video in 1080p, in 3D, and they will come with a pair of active shutter glasses to let you view 3D content. 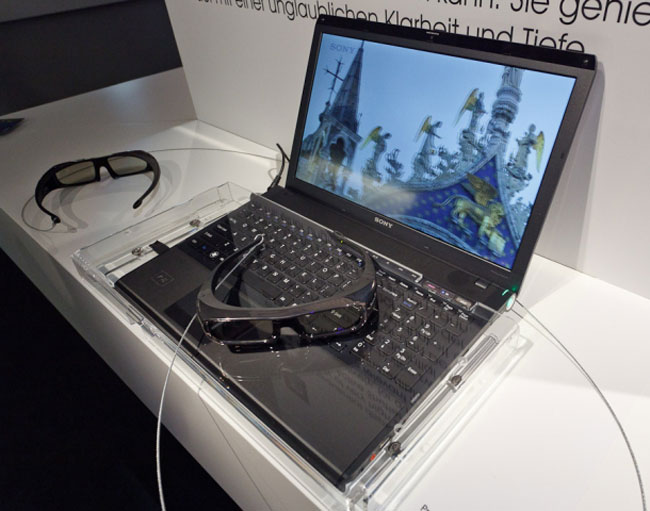 “3D Vaios will debut next spring,” Howard Stringer, Sony’s chief executive, said in a press conference touting 3D technology and Sony’s commitment to it. Sony also touted other 3D products and content at the show.

There are no details an yet on the exact specifications of these new 3D Sony Vaio notebooks, as soon as we get some more information, we will let you guys know.