Sony has today announced that they are reducing the price of their new Sony Vita handheld gaming console down to 19,980 yen for both the 3G and Wi-Fi versions of the Vita.

Previously the Sony PS Vita was priced at 30,000 yen for the 3G version and 25,000 yen for the Wi-Fi handheld, as well as the price cut the PS Vita is also now sold with a 7-day free trial of PS Plus, and Sony’s Torne TV service until the end of March. 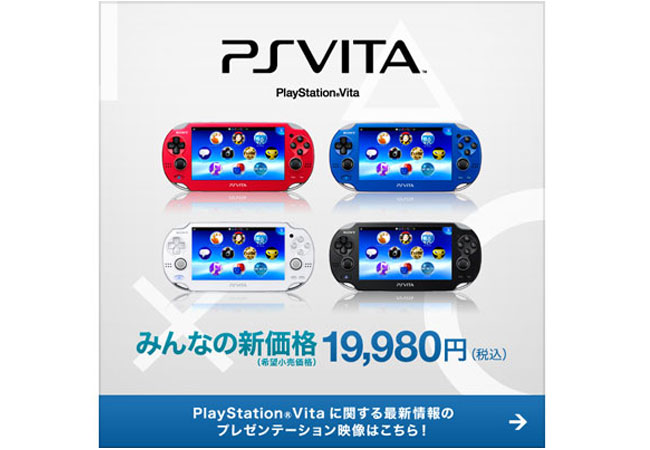 News of the Sony PS Vita price drop was announcement by SCEJ President Hiroshi Kawano earlier today who revealed the news about the price drops. Later this week Sony is also expected to announce information about their new Sony PlayStation 4 which has been rumoured for some time.

Unfortunately no information on worldwide Sony PS Vita price drop has been released as yet, but as soon as information comes to light we will keep you updated as always.