With 3D finally starting to break through in mainstream devices, Sony is looking to protect one of their developments that sends two images from one video screen to two different people.

Patents recently published show that Sony Computer Entertainment Inc. the PlayStation division of Sony, is looking to systems that will allow to players to share separate images from one screen, rather than playing in a split screen mode. 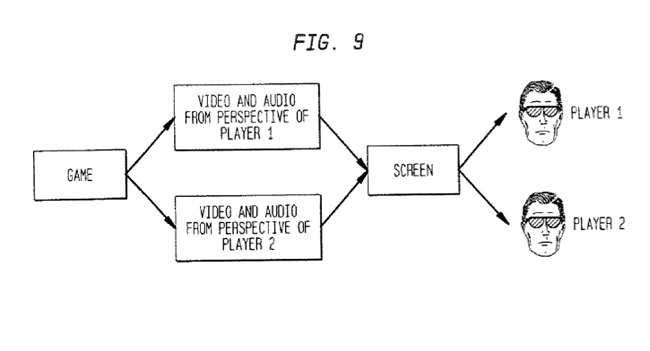 An example maybe if two people were playing a FPS on one screen, the norm would be to use a split screen, Sony’s Multiplayer Stereoscopic System would allow each player to see only their own characters views on the screen. Which does sounds very interesting indeed, for one this new technology would stop your friends cheating and viewing your position.