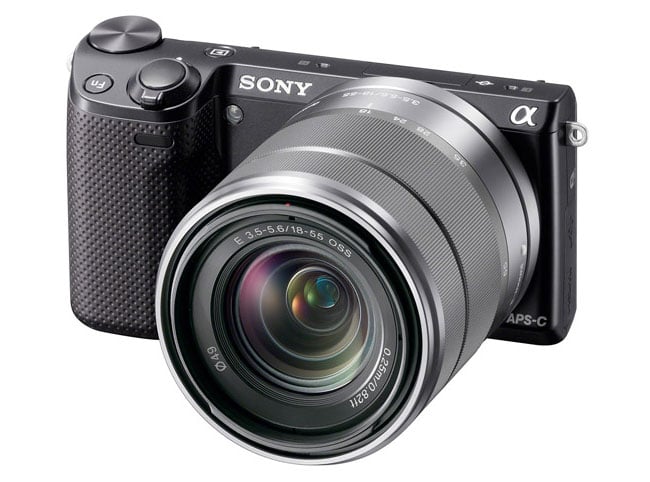 “Available apps at launch, outside of “Direct Upload” as mentioned earlier, will include “Picture Effect+”; “Bracket Pro”; “Multi Frame NR”; “Photo Retouch”; and “Smart Remote Control.  A variety of other apps including “Time-Lapse” and “Cinematic Photo” are also planned for release.”

Fast Hybrid AF autofocus feature has been designed to use 99 phase-detection AF points arrayed on the camera’s image sensor to detect the targeted subject’s distance, quickly locking focus on it, by combining both phase and contrast detection.

The NEX-5R is Sony’s first camera to be equipped with integrated Wi-Fi connectivity and interchangeable lenses. Allowing you to easily share your photographs via popular social networks.

The Sony NEX-5R will be arriving in stores during October and will be available in either white, silver or black and will retail for around $750 with a 55mm lens or for $650 for the body only bundle.