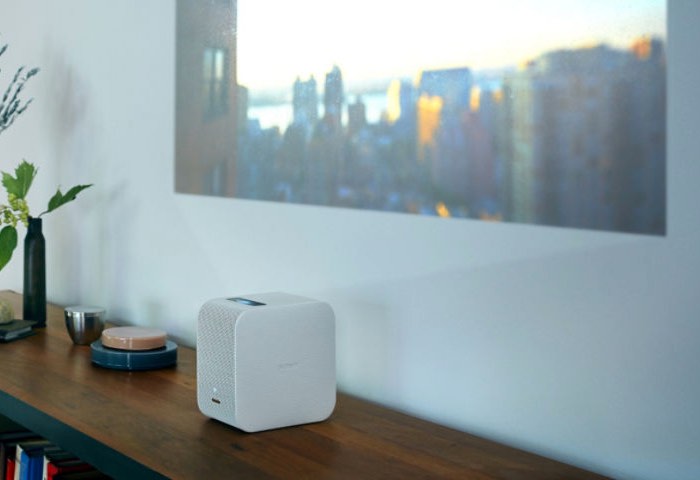 Sony has this week unveiled a new addition to their range of projectors, with the unveiling of the portable ultra-short focus Sony LSPX-P1 projector which is capable of projecting an 80 inch image from just 22 inches away.

The Sony LSPX-P1 ultraportable projector is capable of being carried easily with one hand and is fitted with a built-in battery and speaker, and uses a companion smartphone application for control, settings and to present media if required. Although the projector is also equipped with the HMDI connection.

The portable Sony ultra-short throw projector will be launching in Japan on February 13th 2016 for about for about ¥93,000 or $798 and is expected to arrive in the US sometime during the summer. Watch the video below to learn more about this compact projector and see it in action.

The projector measures just 81 x 131 x 131mm in size and projects and autofocus 1366 x 768 image of 100 lumens and between 22 and 80 inches and is comfortable being connected to either your TV or PC as well as using Bluetooth to connect to your mobile devices.

Sony has also this week unveiled a new speaker to its range in the form of the Sony Glass Sound Speaker that will also be launching in the US during the summer and is expected to be priced at ¥74,000 or $634. 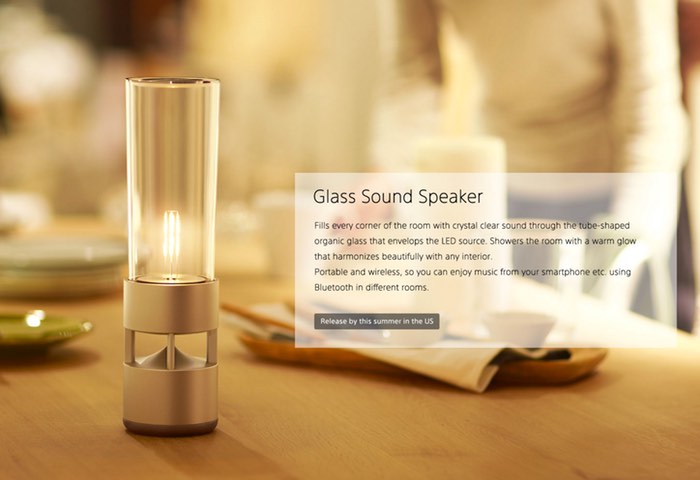