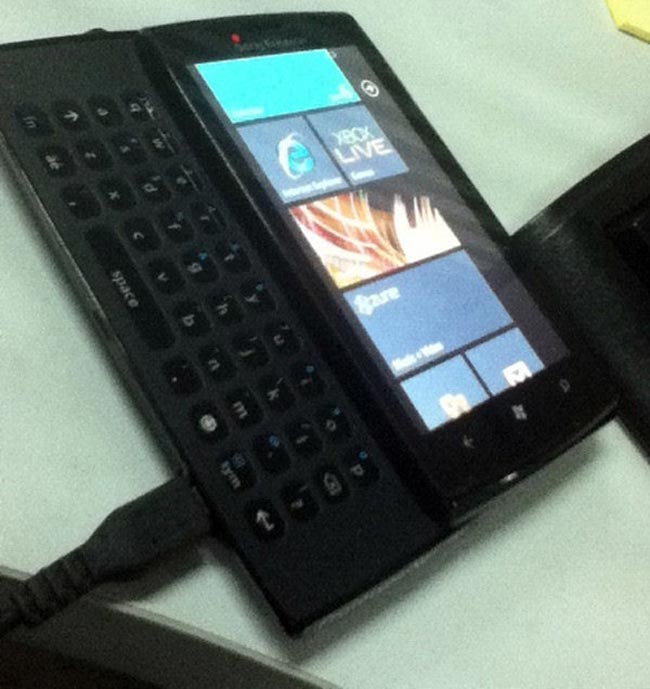 As you can see from the photo, this Windows phone 7 device from Sony Ericsson features a slide out QWERTY keyboard, and also the Windows Phone 7 user interface.

Unfortunately we don’t actually have any specifications on this new Windows Phone 7 device from Sony Ericsson, as soon as we get some more information we will let you guys know. Have a look and our article on Android vs iPhone to see which smartphone and mobile platform is best for you.