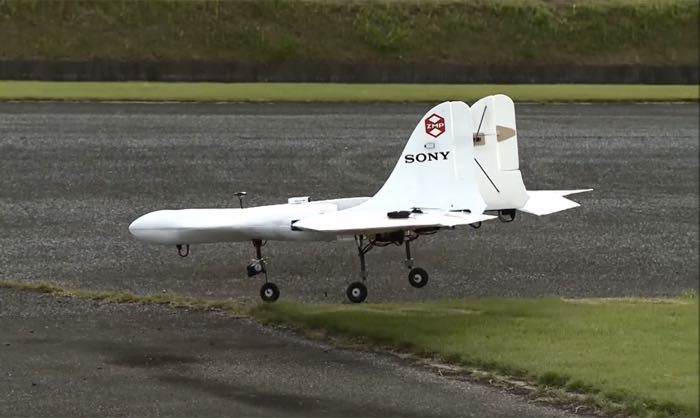 We previously heard that Sony was working on a new drone project and now the first Sony Drone prototype has been revealed on video.

In the video below we get to this this new Sony Drone prototype in action, the drone is capable of taking off and landing vertically and it is designed to look more like an airplane than a drone.

The Sony Drone has been developed by Sony and a Tokyo robotics company under a new company called Aerosense, it is capable of carrying cargo up to 22 pounds and it can fly non stop for up to two hours.

This new Sony Drone can travel at speeds of up to 106 miles per hour and the company plans to launch it for business customers next year.

The drone is designed for measuring, surveying, inspecting and observing and it will be capable of carrying a range of instruments.