It’s about time the PSP was phased out. The console was never able to match the Nintendo DS in sales and frankly, the games and graphics the PSP had just weren’t that great. We have the PSP and DS in my house. The PSP never gets played and my son is constantly on his DS. We all know that the NGP is coming from Sony and to send the PSP out with a bang Sony has a new bundle. 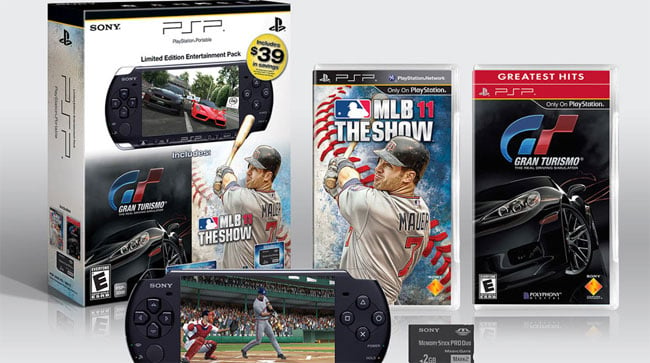 The new bundle has a black PSP inside along with a 2GB memory stick, Gran Turismo PSP, and MLB 11 The Show. All of that gear comes your way for $160. That’s not a bad deal, but for obsolete hardware that never sold well when new, that price is a bit steep.

I also have to wonder what will become of the PSP since its popularity has waned and a new portable is coming. Will there even be new games for the PSP moving forward? Still, if you never had a PSP and can’t wait for the NGP to get here this bundle has some value.