Sony has just announced Move.Me, which is a platform that lets you develop applications for the PlayStation Move, for non commercial use, and the platform will be available some time in the spring. 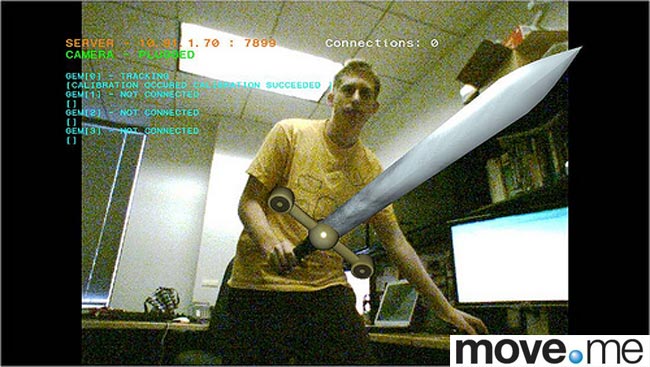 Sony must have been watching Microsoft closely, who recently announced the Kinect SDK for Windows, and the company are obviously hoping that the MOve will become popular amongst developers and hobbyists.

Hi Gamers, John McCutchan, Senior Engineer with SCEA’s Developer Support team, here to tell you about an exciting initiative we’re unveiling for PlayStation Move during GDC this week. Later today, I’ll be giving a presentation on Move.Me, a new software application that provides academics and hobbyists access to PlayStation Move’s technology, enabling them to create entirely new applications using a PC, the Move motion controller, the PlayStation Eye, and the power of the PlayStation 3 system.

It will be interesting to see if Sony’s attempt to make the move controller more popular with the launch of Move.Me is succesful, and it will be we are looking forward to seeing some applications developed on the platform.