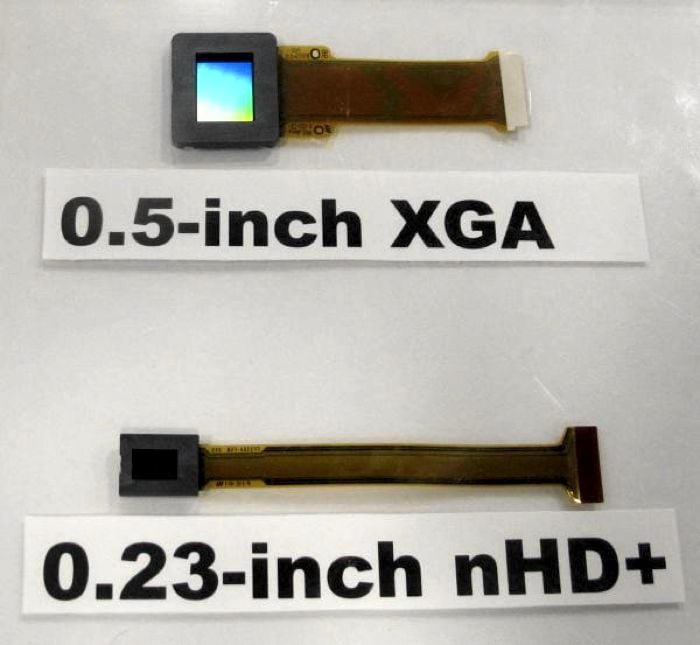 Wearable devices are becoming more and more popular, and they are expected to be the next big thing over the next few years, the Apple iWatch and the Moto 360 are going to be released before the end of the year, and now Sony has announced a new OLED panel for Wearables.

The new Sony OLED panel for Wearables is said to be a high performance display, it measures just 0.23 inches and will come with a resolution of 640 x 480 pixels.

The performance of the new panel is much higher than the 0.5-inch OLED panel that Sony announced in 2012 and employed for its cameras and head-mounted displays (HMDs) in 2013. Specifically, the company improved contrast ratio from 10,000:1 to 100,000:1, brightness from 200 to 800cd/m2 and power consumption from 440 to 140mW. It also improved viewing angle so that the new display can be viewed with a high visibility from an angle of 70° with respect to the screen (20° from an axis vertical to the screen).

Sony have said that they will launch this new 0.23 inch high end OLED display in Wearables nexy year, and it could be used in some new smart watches and other devices.

We wonder if Sony will decide to use these new OLED display in their next generation smartwatch, as soon as we get some more information on their plans, we will let you guys know.