Okay, so the ‘legs’ are too short. That hasn’t stopped whoever built this high rise crib from tricking out the exterior to resemble an AT-ST, those chicken walking battle mechs best known in Star Wars: Episode VI. Too bad this doesn’t come with the usual weapons complement. It would also look mean if it were painted gray. 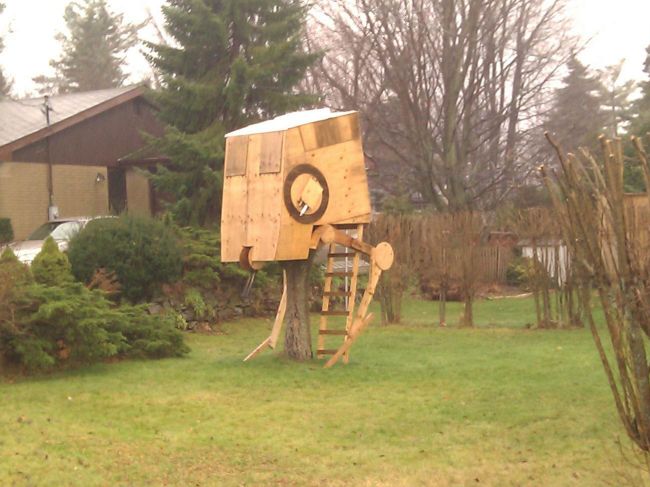 Unlike the AT-AT, the AT-ST never got the same respect by virtue of its general flimsiness. A bunch of them got destroyed by Ewoks, remember? Oh yeah, Ewoks, the most annoying creatures borne from George Lucas’ imagination. The Battle of Endor ranks as one of the most lopsided fights in sci fi history, a rare event where giant booby traps managed to destroy a sizable Imperial force, even if this would be impossible in a ‘real’ battle. Also: Fighting Ewoks? Really?

Very much like the Forerunners of the Halo universe, little is known about the AT-STs builders, except that they live in the suburbs.

The AT-ST replica first appeared in Reddit, where much odd things in general are commented upon.