The latest revolution in pedestrian mobility is upon us. Like all the other single-person transports that have aspired to turn sidewalks into mini highways, we’re not sure if the Solowheel really is a revolution or destined for smashing success. It does look like heaps of fun though. 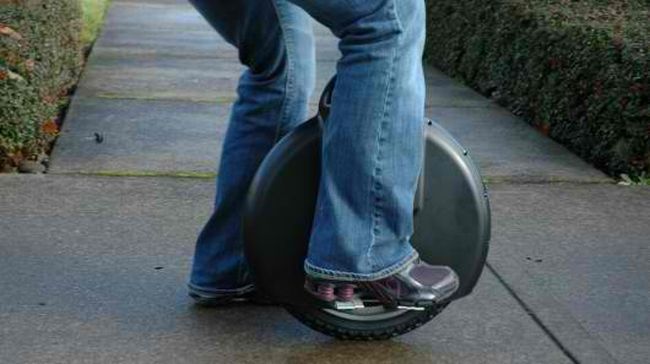 Unlike other unicycles featured here at Geeky Gadgets, Solowheel has no seat, so you’re standing upright while guiding the Li-ion battery powered vehicle. Capable of reaching 12 mph, the Solowheel is ideal for those in-between trips from the metro to your office and other short distances you think aren’t worth the walk.

Here’s a good chunk of text from the official site:

“Externally, the Solowheel consists of a wheel and two foldable foot platforms. Internally, the inner workings of the Solowheel use gyro sensors, a 1000-Watt motor and a rechargeable Lithium-ion battery. All this technology is housed under a visually appealing, slim case with leg pads and a handle for easy carrying.

100% battery operated; leaning controls your speed. Lean forward to go forward and backward when you want to slow down. The highly efficient lithium ion battery recaptures energy when going downhill or slowing down. It has a two hour battery life and can be fully recharged in only forty-five minutes.”

The Solowheel will hit stores this April and the $1,495 package will include an instructional DVD and charger.