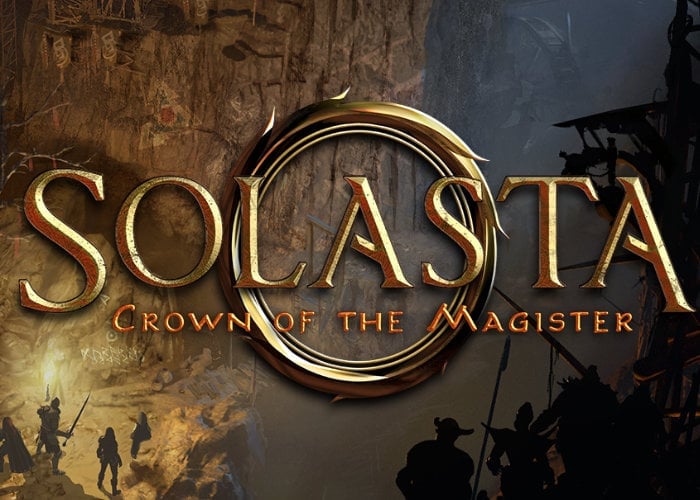 A brand new turn-based tactical RPG has launched via Kickstarter this week called Solasta: Crown of the Magister. To bring an authentic tabletop gaming experience to your computer. Check out the project video below to learn more about the RPG created by Tactical Adventures based in Paris, France.

A pre-alpha demo version is also already available to download from Steam allowing you to enjoy a little taste of the game before you back it. “Please note that this Pre-Alpha Demo does not fully reflect the quality of the final game and that it may have some differences. Any progression will not be carried over to the final game. Character Creation is also not available on the Pre-Alpha Demo. “

Solasta Crown of the Magister has been created and written by a team of lifelong fans of pen and paper role-playing games and offers a turn-based tactical RPG heavily influenced by tabletop RPG mechanics.

– An Epic Team Adventure – Create your very own party of adventurers with our Character Creation Tool in the classic tabletop RPG tradition. Breathe life into your heroes, and see their personalities reflected in their dialogue.
– Discover a Mysterious & Dynamic World – Delve into long forgotten dungeons to unearth ancient artifacts, but stay watchful of light and darkness: many dangers hide in the dark, but a light can attract monsters.
– Prepare to Think in Three Dimensions – The dungeons in Solasta are more than flat game-boards. Climb, jump, or fly around obstacles. Evade or surprise foes from above or below. Watch out, though – the monsters are also thinking vertically.
– True to Tabletop – Solasta: Crown of the Magister brings back the thrill, tactics, and deep storytelling of tabletop games. As you play, you’ll feel yourself reaching for your dice and miniatures; Roll for initiative!
– A Team of Passionate Veterans – Led by Mathieu Girard, co-Founder of Amplitude Studios (Endless Space…), Tactical Adventures is a small studio of experienced developers with many projects under their belt.