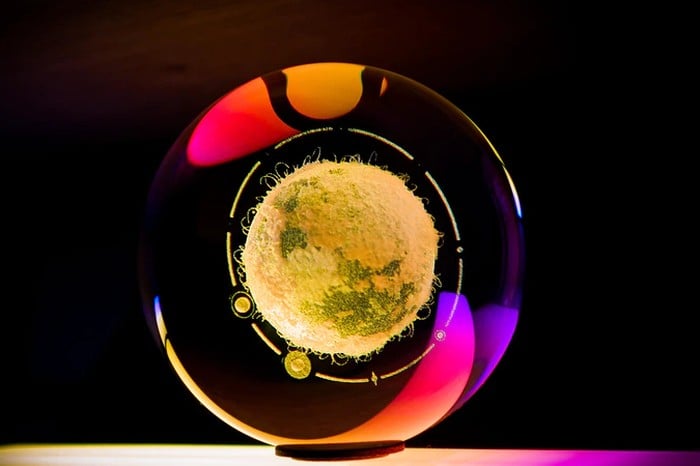 Astronomers or those of you looking for a unique gift, may be interested in a new art piece featuring our Solar System in a glass sphere. Created by the team at Clemens the glass sphere captures the Sun, Planets and Moons all of which have been etched into the glass using a high-powered laser. Specially priced early bird pledges are now available for the creative project from roughly $69 or £51 (depending on current exchange rates).

“Mars, Venus, Earth, Mercury, Jupiter, Saturn, Uranus, Neptune, Pluto, right? Almost! Pluto was assumed to be a planet but does not identify itself as such anymore and Mercury comes before Mars, but the most crucial fact is : that most of us never understood the true differences in size and distances between the planets, because most representations are not true to scale.” 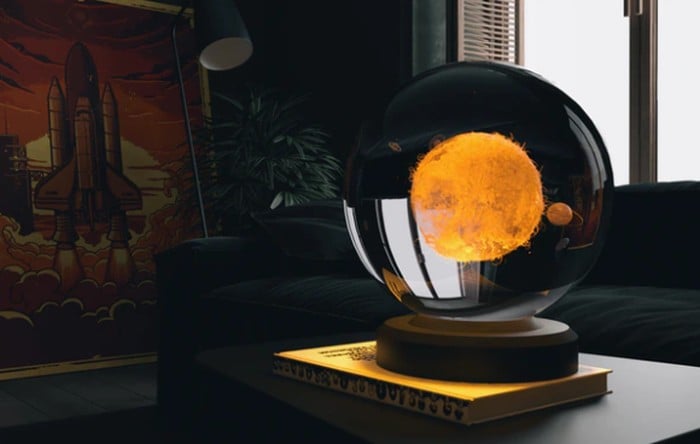 Features of the Solar System Sphere

– Beautiful 3-Dimensional glass arts with scientific background since 2016
– Get in touch with the magnitudes of the Universe: learn about the Universe, Galaxy, Star Constellations, Microbes, Viruses, and Human development through our previous campaigns
– Colorful lighting and brilliant look with our new LED Base
– Now the Solar System will be shown in a unique and most precise way
– Cross-promotion with Space Boardgame of a former coworker at the very end!

If the Solar System crowd funding campaign successfully raises its required pledge goal and the project completion progresses smoothly, worldwide shipping is expected to take place sometime around July 2022. To learn more about the Solar System in a glass sphere project checkout the promotional video below.

For a complete list of all available special pledges, stretch goals, extra media and technical specifications for the in a glass sphere, jump over to the official Solar System crowd funding campaign page by following the link below.