Here is another fun project from the guys over at Instructables, the Solar Powered Robot Ball.

The Solar Powered Robot Ball uses a solar engine circuit, and a capacitor which stores the power, when enough power is stored in the capacitor, a burst of power is released to the motor which makes the robot ball move. 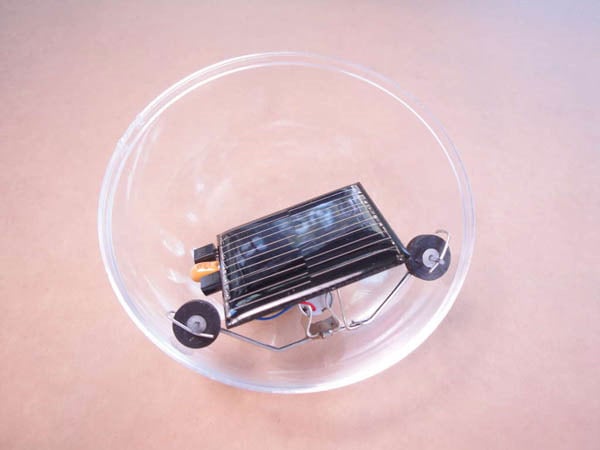 The Miniball itself was originally invented by Richard Weait of North York, Toronto.The Miniball is a amazing robot – it uses a simple circuit and the robot itself proves to be very capable, rarely getting stuck. The Miniball is mechanically complex and electronically simple. (But don’t worry – the mechanical part is still pretty easy)

In this case, we aren’t going to build the original Miniball, but a smaller, more basic wannabe version. This robot is extremely simple and can take a beginner less than 2 hours to build.

Very cool, if you want to make your own, head on over to Instructables for full details on the build.