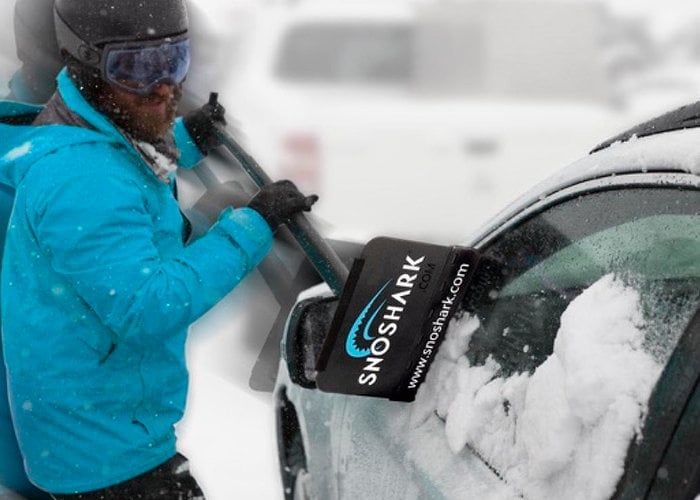 Those of you that live in snowy climates may be interested in a new snow tool called the SnoShark which has been designed to provide a lightweight, compact and convenient snow removal tool to clean the windows of your vehicles and more. Watch the demonstration video below to learn more about its lightweight construction and design.

SnoSharkIs now available to back via Kickstarter with early bird pledges available from just $40 or roughly £31, with worldwide delivery expected to take place during December 2018. The designers behind the SnoShark explain more about its inspiration and design.

Living in the snow is NO joke! And, after 15 years of struggling with different snow tools, we finally gave up. There just wasn’t anything on the market that was compact, light weight, and removed snow quickly and easily. So we did what any entrepreneur would do, we made our own! SnoShark is a non-abrasive snow removal tool for your vehicle that’s not only more effective at its job than anything else we’ve found, but it’s also “Compact, Lightweight, Upscale & Sleek and Convenient”.

For more details and a full list of all available pledge options jump over to the official Kickstarter crowdfunding campaign page by following the link below. Thanks to nearly 400 backers the SnoShark campaign has raised over three times its required pledge goal with still 14 days remaining.