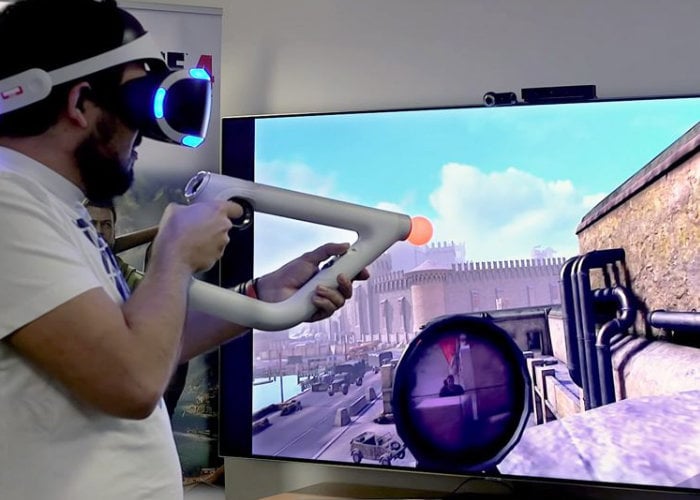 PlayStation VR gamers may be interested to know that Rebellion Developments the team responsible for creating the excellent Sniper Elite series of games. Has this week announced the development of a new Sniper Elite VR version of the game which is expected to launch on the PSVR platform and offer support for the Aim controller adding even more immersion to the virtual reality shooter.

– The next major title in the Sniper Elite series, following in the footsteps of the widely acclaimed Sniper Elite 4, is now in development.

“Look for a full reveal of the new Sniper Elite game for VR devices later this year, while more details on the next major title in the Sniper Elite series will be unveiled in 2020. We know that’s a little while off – but we wanted to let you, the fans, know that we’ve heard your pleas and are hard at work on something that will entertain and delight you. Until then, welcome to the brand-new Sniper.com! We’ve spent a lot of time putting together the series’ new home on the internet, so take some time to have a look around and explore it!”