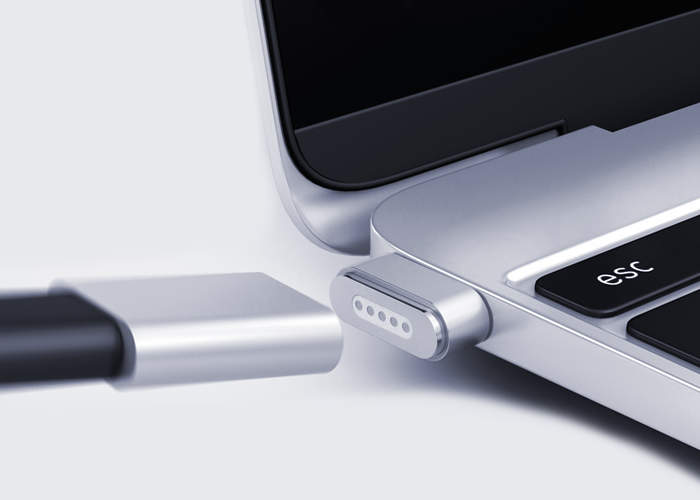 Using a magnetic power connector to charge your laptop or smartphone can offer a number of advantages over a power supply that has a terminal which inserts itself into your expensive hardware.

If the cable of a magnetically attached power cable is accidentally pulled or caught then the cable will easily disconnect itself from the laptop or smartphone without pulling it with the cable. Now a team in Los Angeles have created a universal magnetic power connector called the Snapnator that supports a wide variety of different smartphones as well as MacBooks, Chromebooks and more.

The developers of Snapnator explain a little more about its design and inspiration.

It doesn’t matter which way you connected, right side up or upside down. The Snapnator has even greater magnetic coupling then the traditional MagSafe connector. Most magnetic couplings, have a magnet on one side and iron on the other side. With the snap we spared no expense. We put a magnet on both sides.

Our adapter is the sleekest and smallest magnetic adapter ever made. Because our adapter works for USB type C, it will work for all your USB type C devices. Now magnetic power connectors are available for PC devices and even many phones.

The Snapnator magnetic power connector has this week launched by a Kickstarter and has already passed the halfway mark to its required pledge goal thanks to over 170 backers, with still 55 days remaining on its campaign. For more information and to make a pledge jump over to Kickstarter via the link below.