If smoking wasn’t bad enough for you already, it looks like there may be another good reason not to smoke, as it seems that Apple have refused to repair a broken Mac because it shows signs of smoke. 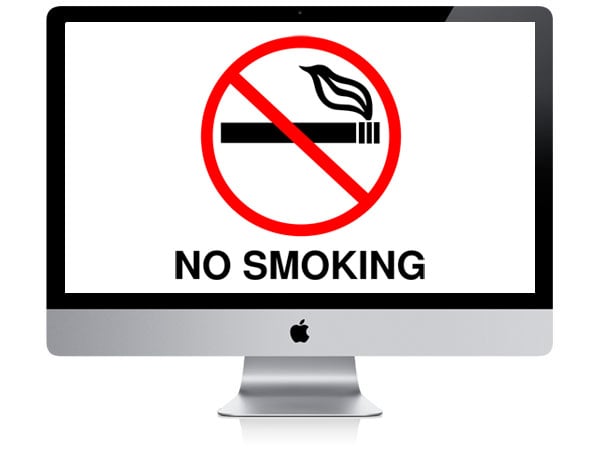 According to one Mac user who took his Mac in for repair, Apple refused to repair it because it showed signs of cigarette smoke inside, which Apple said was a biohazard, and therefore Apple employees couldn’t repair it as it could be hazardous to their health.

Apple’s Applecare warranty doesn’t specify that it wont repair machines which show the presence of nicotine of or smoke, but if someone challenges it Apple could possibly fall back on a clause in the Applecare warranty which covers ‘extreme environment’.

It will be interesting to see how this turns out, and if Apple ends up fixing any of these machines in the future.