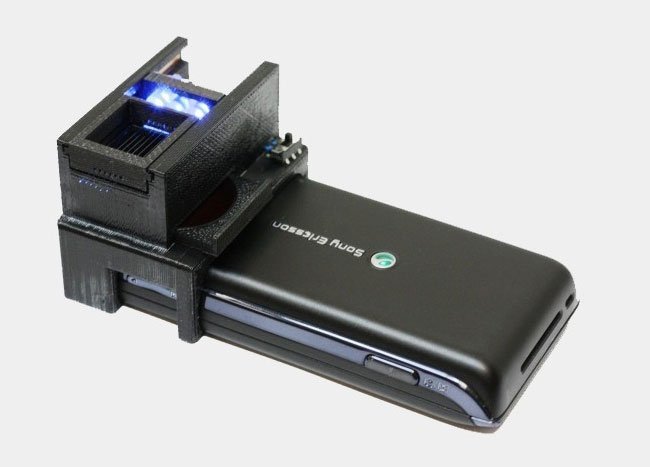 The small scanner adapter converts the smartphone and its camera in to a miniature florescent microscope. Which has been created to use semiconducting quantum dots, combined with glass capillary tubes containing antibodies.

Liquid samples are then taken and place within the scanner, and any E. Coli bacteria can be discovered by examining the capillary surface. On which the E Coli will have collected due to the light in the LED bulbs, making the bacteria become “excited”. The team explains:

“By quantifying the fluorescent light emission from each capillary tube, the concentration of E. coli in the sample is determined. We experimentally confirmed the detection limit of this cell-phone based fluorescent imaging and sensing platform as ~5-10 cfu/mL in buffer solution. We also tested the specificity of this E. coli detection platform by spiking samples with different species (e.g., Salmonella) to confirm that non-specific binding/detection is negligible. “

For more information on the new smartphone scanner prototype read the paper which has been put together by the team, explaining their discoveries in detail by The Royal Society of Chemistry.