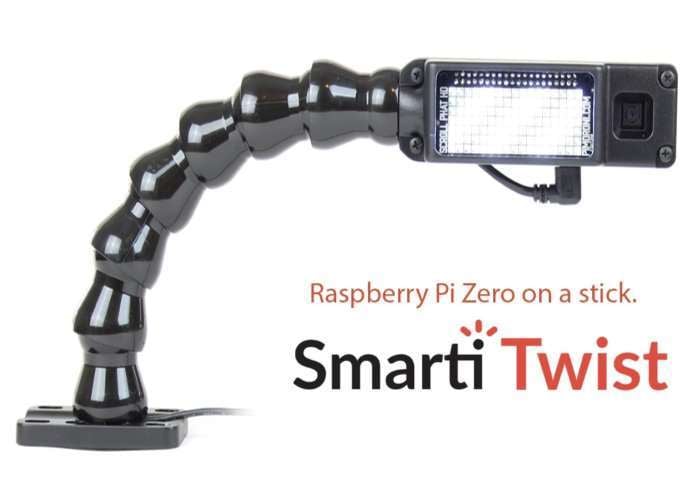 Equipped with a poseable, adjustable arm the aptly named SmartiPi Twist Raspberry Pi camera case is now available to back from $20 and allows you to create a wide variety of different applications such as a camera for your 3D printer, complete with its own light source.

Watch the demonstration video below to learn more about the Raspberry Pi SmartiPi Twist camera case and its features.

The arm can be lengthened and shortened by removing the sections by hand. The arm includes a base that can attach to a flat surface. Your power and usb cables can run down the center. The included pHAT cover will a clear window will allow you to add pHATs to add light to your scene if wish. There are a number of visible LED pHATs on the market for you to choose from. Other examples being  Unicorn pHAT, Scroll HAT, Waveshare LED pHAT and Pimoroni scroll HAT HD.

Jump over to the official Kickstarter campaign page for a full list of all available pledges and specifications via the link below.