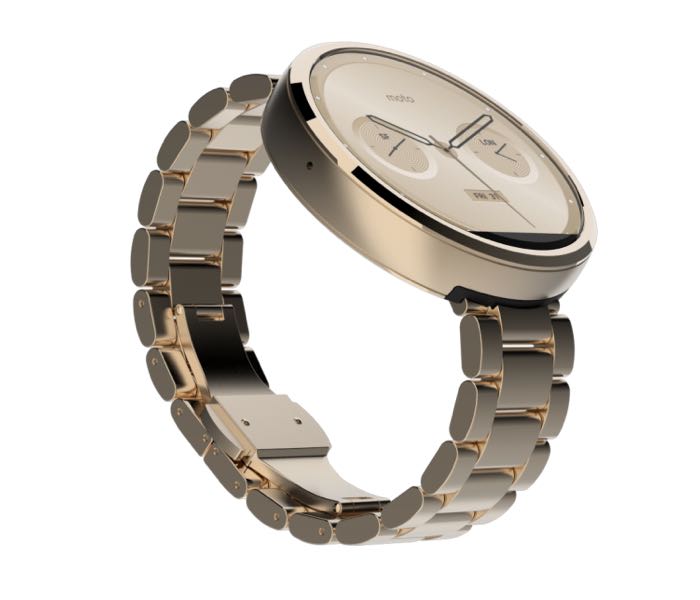 Motorola has launched another version of their Moto 360 smartwatch, the last one is the Slim Steel version, and it comes with a thinner watch strap than the original metal version.

The strap on the slim steel Moto 360 measures 18mm wide, the original metal one measures 23mm wide, and it is available in two colors, silver for $299 and champagne gold for $329.

The Motorola Moto 360 comes with Google’s Android Wear OS, and the device features a 1.56 inch display that has a resolution of 320 x 290 pixels.

The smartwatch is powered by a TI OMAP 3 processor and it features 512MB of RAM and 4GB of built in storage, the device is designed to be waterproof and comes with an IP67 rating.

The Moto 360 connects to your Android smartphone or tablet via Bluetooth 4.0 LE, and it comes with a range of sensors built in including a pedometer and a heart rate monitor.