If you are getting fed up of waiting for the tracks to load on the new Gran Turismo 5 game and you own a “fat” PS3 console. There is a way to slash those times using a solid state drive (SSD) rather than the original standard SATA drive in your PS3.

Yes SSD’s are fairly expensive compared to standard SATA drives, but as you can see from the tests carried out below, the extra cost will buy you back hours of time, which would have otherwise been spent waiting for the GT5 game to load. 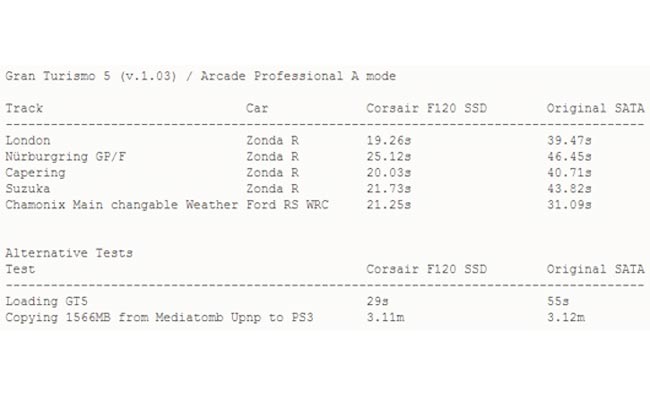 Testing was carried out by “Phil” on the Beyond3D forum using a “fat” PS3 fitted with a SSD and a slim fitted with a SATA HD. The results reveal that in many cases pre-race loading is cut by more than 50 percent, with the initial install of the game reduced from 42 minutes down to 25 minutes.