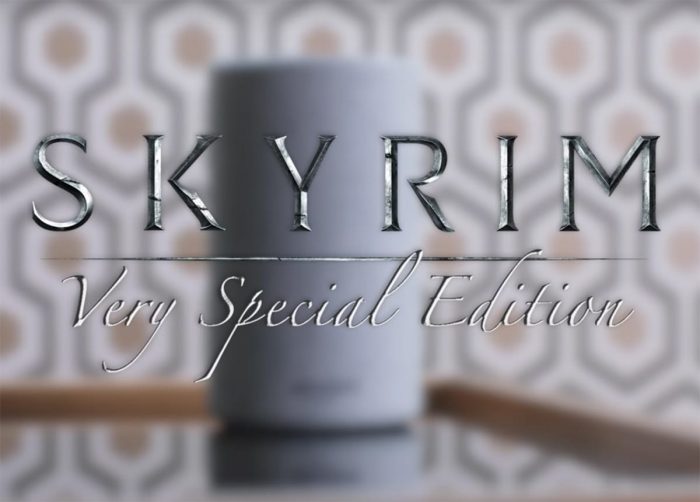 As well as announcing the next episode in the ongoing Elder Scrolls franchise in the form of The Elder Scrolls 6 video game, Bethesda has also announced a new edition of its previous game Skyrim in the form of the Skyrim Very Special Edition. Bethesda is aware of the plethora of  editions currently available for its last Elder Scrolls game and has created a tongue in cheek trailer for its latest edition which supports Amazon Alexa, just don’t expect to be able to do too much.

For more information on the Skyrim Very Special Edition published by Zenimax Media, jump over to the official Amazon Alexa Skills website by following the link below, but don’t forget to guard your knees against arrows.

“Bethesda Game Studios is proud to present Skyrim… for Alexa. Yes, that’s right, the version of Skyrim you never saw coming has finally arrived on the platform you never asked for. For the very first time ever, take your rightful place as the Dragonborn of legend (again) and explore Skyrim using the power of your own voice…your Thu’um! “