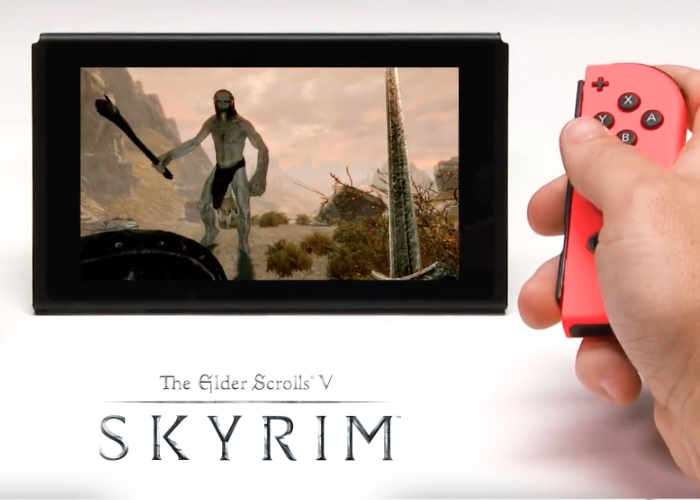 As previously rumoured and hinted, Nintendo has this week officially unveiled Skyrim running on the Nintendo Switch console releasing a trailer providing a first glimpse at gameplay during this year’s E3 2017 games conference.

Unfortunately, no official release date has been announced as yet by Nintendo for the Skyrim game or whether it will be the Special Edition or just a new version created for the Switch.

However the soon as any further information is released we will keep you up-to-date as always. Enjoy!

Winner of more than 200 Game of the Year Awards, The Elder Scrolls V: Skyrim – the epic fantasy masterpiece from Bethesda Game Studios – arrives for the Nintendo Switch. The legendary open-world adventure where you can be anyone and do anything, now can go anywhere – at home on your TV or on the go.