Because adapting video games into Monopoly hasn’t lost any steam, last year’s biggest fantasy outing has received much love from deviantArt user ~oddeh. The end result is a 20×20 Monopoly game that is ready for printing. An overwhelming reception has compelled dear ~oddeh to produce accompanying cards and coins. According to the desciption, this Skyrimed Monopoly board is printer ready though not a part of official Skyrim merch nor is it Monopoly licensed. Still, it’s a fine piece of work. Bravo! (*gives round of applause.) 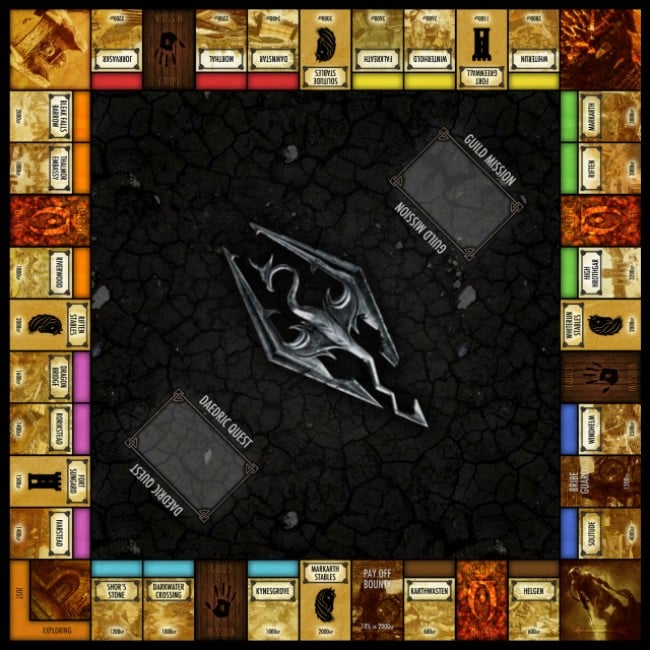 ~oddeh admits to being inspired by other recent reinventions of the age old family game about cutthroat business. Both Fallout and Mass Effect Monopoly games were featured here at Geeky Gadgets before. And BioShock. All three have been floating around deviantArt for a while now, garnering much acclaim from the game faithful.

So…anyone ever going to put in the work for a Call of Duty: Modern Warfare spin on Monopoly?