We’re not going to take any prisoners: Fallout 3 is one of the most insane and brilliant games ever conceived. Aside from reviving the post-apocalyptic genre with a dramatic plot amidst a world filled with mutants and rad roaches, it made all true diehards wish for their own Pip-Boys. Can someone mod an iPhone so that it can be worn on your wrist like a Pip-Boy? 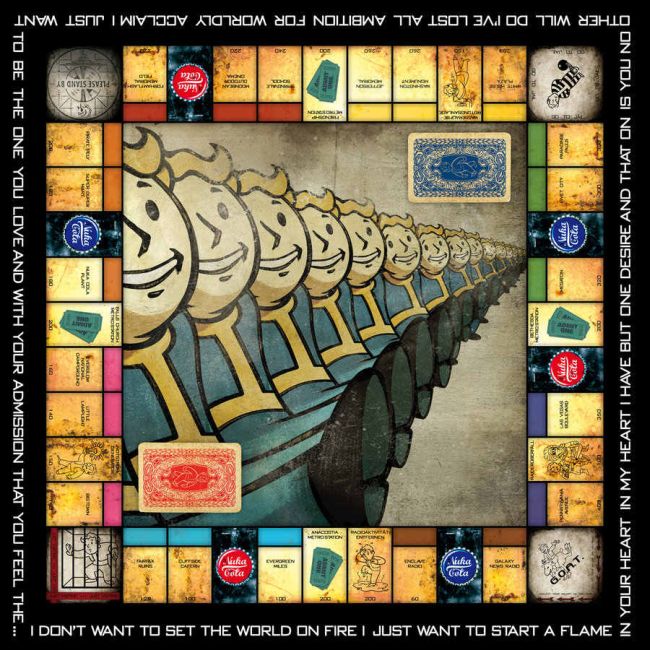 Anyway, seen above is a very impressive custom Monopoly board designed around the Fallout universe. The backstory here is some girlfriend made it as a gift to her beloved. One lucky guy, we say!

The sheer detail involved here is what makes it a cut above other Monopoly boards. Using stock images and more than the usual amount of in-game mythology—check out the ‘Set the world on fire’ lyrics on the border—this fresh take on a classic past time should become official Fallout merch.

Update: Yes, it does come with bottle caps. We are impressed. No Pip-Boy though.