Skype has rolled out a new update to its iPad and iPhone application this week which has added a new Photo Sharing feature for users. The Skype Photo Sharing service enables users to send photos they have taken on their iOS devices directly to Skype friends and family.

Skype hasn’t applied any restrictions to the Photo Sharing service, allowing yo to send as many images as you like and at any size, without occurring extra costs, and saving you from paying MMS or bandwidth charges. 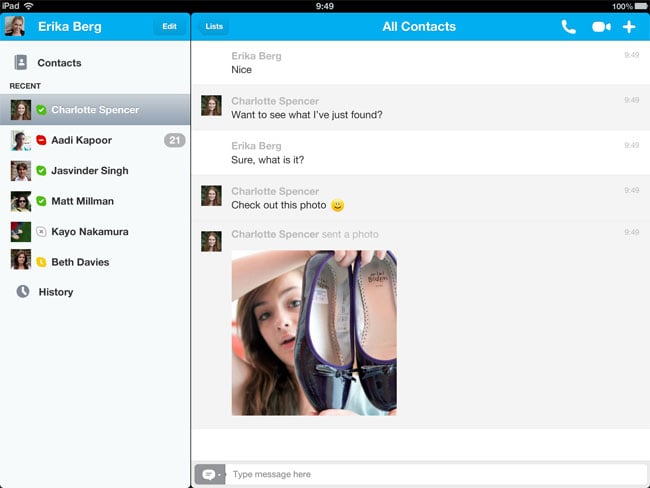 Within the new update Skype has also added a number of new performance updates and tweaks, as well as making them use less battery when they are running in the background on your Apple smartphone or tablet.

The latest Skype app supports Apple’s iPhone 3G/3GS, 4/4S, 2/3rd Generation iPod touch, or any version of the iPad and can be downloaded from the iTunes App store now for free.