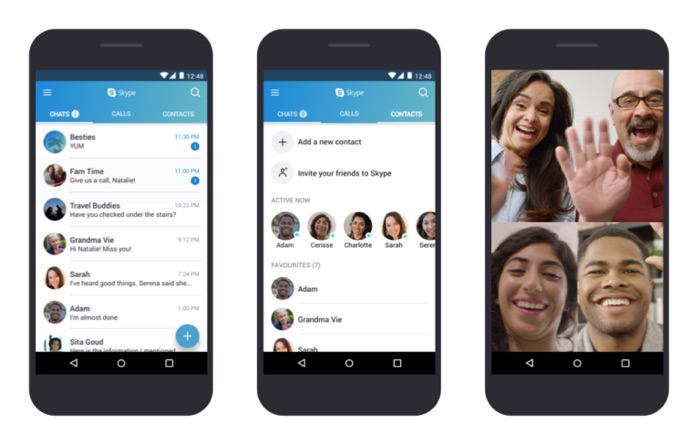 Microsoft has updated their Skype for Android app and the company has said that Skype is now optimized for lower end devices.

The latest version of Skype for Google’s Android is designed to use less memory and also storage on devices that are running Android 4.0.3 to Android 5.1.

“This past year, Skype for Android reached the exciting milestone of over one billion downloads from the Google Play Store and was selected as a top Editors’ Choice for face-to-face video calling apps. We are releasing a new optimized version of Skype for our customers on Android devices 4.0.3 to 5.1. worldwide. This update—starting to roll out in the next few days—is lighter on both disk and memory consumption, allowing for greater speed and better audio and video quality on lower end Android devices, as well as increased performance in challenging network conditions. This update builds on our mission to connect people from wherever, whenever, and from whatever device possible.:

You can find out more information about the latest version of Skype  that brings these optimizations to devices running Android 4.0.3 to Android 5.1 below.