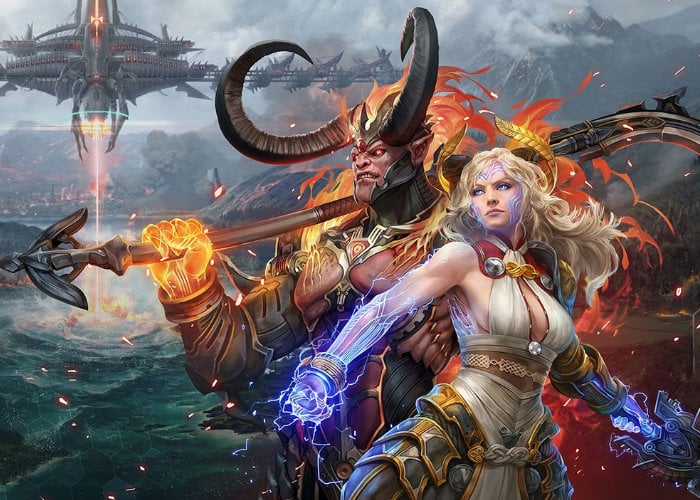 A new gameplay trailer has been launched this week revealing that Sky for will be launching on the Nintendo switch next month. From February 4th 2021, Skyforge will be available to download for free from the Nintendo Switch eShop, check out the trailer below to learn more about what you can expect from the ” free-to-play AAA Sci-Fi Fantasy massively multiplayer online role-playing game”.

“Awaken your Immortal powers in Skyforge, free to play on Nintendo Switch from February 4, 2021! Enjoy hundreds of hours of gameplay in a vast universe of gods and monsters, where legendary stories and thrilling battles await at every turn.”

Although free to play you can also purchase a starter bundle which offers 14 days of premium subscription time, in-game currency and three legendary weapons. Or perhaps the Deluxe bundle which offers you 30 days of premium subscription time, four legendary weapons, the Berserker class, and more in-game currency to tweak your character further.

Or for those of you with deep pockets the Ultimate bundle includes two class unlocks : Berserker and Gunner, together with 60 days of premium subscription time, five legendary weapons, a Stormbringer TX-600 glider for faster world travel and of course plenty more in game currency.

“Allods Team & MY.GAMES are proud to present Skyforge a highly-stylized free-to-play AAA Sci-Fi Fantasy massively multiplayer online role-playing game featuring exciting dynamic combat inspired by console action games, set in a brand new universe of gods and heroes, who use futuristic technologies to fight off incredible creatures and protect their planet against space invasions. The strongest of the heroes will take their path from a young immortal to the Great God, ascending to the climax of glory and head the Pantheon.”